Home » What's New » Pixels Are In The Eye Of The Beholder

Searching for another Ultra HiDef television or a high-end cell phone? It looks like tech fans interested in a sharper view are sometimes paying for a larger number of pixels than their eyes can really see. 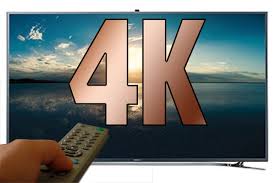 In 2010, when Apple announced the iphone 4, Steve Jobs pointed out that with the telephone’s highly-touted “Retina” screen, the eye could no longer recognize unique pixels on the screen when seen from a normal distance. The guarantee wasn’t only a sharp screen, however, but a screen so sharp that further refinements might be unnoticeable.

Yet the amount of pixels-for every inch (Ppi) on today’s technology has been growing leaps and bounds. The iPhone’s pixel density has remained at 326 Ppi, yet Android-fueled contenders, for example, the HTC One and the LG G2, have screens that rate well over 400 Ppi.

In the mean time, as customers line up, stores are advertising “Ultra Hd” TVs — also called 4k. These sets have a resolution of 3840 x 2160, or four times the pixels as customary high-definition TVs. However, even those standard HD sets, at the distance viewers customarily watch them, might already be categorized as “retina” screens. So by quadrupling the number of pixels for 4k TVs, experts say that by and large, the human eye can’t even see the difference.

Makers like Sony and Samsung tout their new 4k TVs as a revolution in imaging. Sony’s website portrays their top models – which can cost anywhere from $3,000 to $25,000 – as four times clearer than HD. Samsung’s $40,000 85-inch television guarantees another type of satisfaction” with its “simply breathtaking resolution.”

Sony believes that the 4K picture quality difference is evident when seen in person, and we invite consumers to see and experience the difference for themselves because seeing is believing,”

Are the manufacturers’ claims possible? Also just what are the cutoff points of the human eye’s capability to recognize determination? Here’s a simple way NBC News explains it:

A person’s field of vision covers about 200 degrees, a little more than a semicircle. At arm’s length their index finger’s fingernail will appear to be about the width of one of those degrees. Imagine that fingernail covered in 120 alternating black and white stripes — being able to discern those stripes at that distance is just about the theoretical limit of the human eye.

In reality, however, not many people have such perfect vision. Truth be told, most individuals might be unable to observe pixels or lines twice that size. What’s more, if a TV or tablet meets that level of pixelation hinges on the distance it is from the viewer. In a living-room, a viewer’s 40- to 60-inch TV is positioned at a fixed-distance, likely seven to nine feet away. Unless HiDef TV fans purchase much larger set, or sit closer, any expansions in resolution essentially won’t be appreciated.

“History has shown that people make something technologically possible, then someone figures out how to capitalize on it,” said University of Utah neuroscientist Bryan Jones, who was among the first to put Apple’s original Retina display under the microscope. 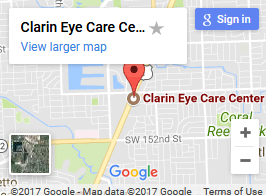